50 Cent is an American rapper, actor, investor and businessman with a net worth of 150 million dollars. He has sold more than 30 million albums worldwide and has won 1 Grammy Award, 4 BET Awards, 13 Billboard Music Awards and 6 World Music Awards. 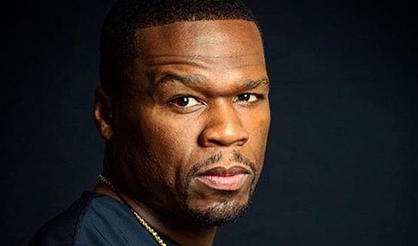 50 Cent cites The Juice Crew, EPMD, Boogie Down Productions, Big Daddy Kane and KRS-One as his rapping influences. He has been involved in feuds with other rappers including Ja Rule, Rick Ross and The Game. He has a daughter and a son. 50 Cent has been arrested several times. He is the leader of rap group G-Unit. He also founded label record G-Unit.

50 Cent has a huge social media following. He has over 15 million Instagram followers. 50 cent has over 9 million Twitter followers. His YouTube channel has over 1.2 million subscribers and more than 600 million views. 50 Cent is also an investor. He has invested a lot of money in footwear, liquor, video games, mobile apps, apparel, headphones, television, and film production and dietary supplements.

Albums: Get Rich or Die Tryin’, The Massacre, Curtis, Before I Self Destruct, Animal Ambition, Street King Immortal

Songs: How to Rob, Rowdy Rowdy, Thug Love, In da Club, P.I.M.P., Just a Lil Bit, Window Shopper, Straight to the Bank, I Get Money, I’ll Still Kill, Get Up, I Get It In, Outlaw, First Date, We Up, Hold On, Hustler, Chase the Paper, Everytime I Come Around, Twisted, Animal Ambition, Get Low, Too Rich for the Bitch, I’m the Man, Magic Stick, React, Encore, How We Do, Hate It or Love It, MJB da MVP, Have a Party, Cake, Creep, Crack a Bottle, Let’s Get It In, Up!, Right There, Hate Bein’ Sober, Nobody, Petty, Wait a Minute

You May Also Like: Meek Mill, Lil Uzi Vert, Akon