Acclaimed composer and record producer A. R. Rahman has a net worth of 280 million dollars.

Born in Chennai, India, on 6th January, 1967, Rahman is the son of former composer R. K. Shekhar. He began training at the age of 11 and worked with various composers. Before turning to films, Rahman composed jingles for advertisements. He founded the Chennai based rock group Nemesis Avenue. He started his movie career in 1990s with the Tamil film Roja. His music in the film was very well received. 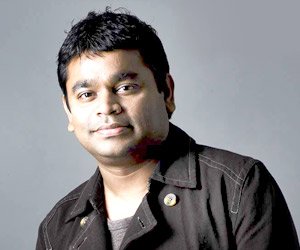 In 1992, Rahman started his own recording and mixing studio, Panchathan Record Inn. He made his Bollywood debut with Rangeela. He composed music for numerous Bollywood hit movies including, Dil Se.., Taal, Swades, and Rang De Basanti. His composition for the hit British film Slumdog Millionaire won him two Academy Awards. He won BMI London Award for Best Score for 2009’s Couples Retreat. With this movie, he marked his Hollywood debut. He also composed the successful background score for Danny Boyle’s 127 Hours.

Rahman has written jingles and orchestrations for athletic events. In 1999, he performed with Michael Jackson in a concert in Munich, Germany. He has had three successful world tours. Rahman has also sung hit playback songs including, Dil Se Re, Chale Chalo, Mere Yaar Mila De, Yeh Jo Des Hai Tera, and Luka Chuppi. In 2009, Time included him on their list of “100 Most Influential People in the World”. He is one of the world’s all-time best selling record artists.

Throughout his career, A. R. Rahman has received numerous awards including two Academy Awards, two Grammy Awards, one BAFTA, one Golden Globe Award, and fifteen Filmfare Awards. He also has his own music label, KM Music.

A. R. Rahman is married and has three children. He supports Save the Children India and has performed at various charity concerts.

A. R. Rahman has acquired his $280 million net worth through his career as a composer, singer, songwriter, record producer, and music director.

A. R. Rahman Net Worth