One of the oldest active actor of Bollywood, the speco gentleman Amitabh Bachchan hit popularity in the early 1970s for the movies like Zanjeer and Deewar and had earned the title of “India’s first angry young man”. Since then, he kept on earning titles like ‘Shahenshah of Bollywood’, ‘Star of the Millennium’, ‘Big B’.

In his timeline of Bollywood career of four decades, he made his appearance in about 180 films. Throughout his life, he had been soaring in his career and earned various awards. It is worth mentioning here that he also works as a humanitarian and social welfare worker.  In 1991, he became the first artist to receive the Filmfare Lifetime Achievement Award,  Bachchan was crowned as Superstar of the Millennium in 2000 at the Filmfare Awards. In 1999, Bachchan was voted the “greatest star of stage or screen” in a BBC ‘Your Millennium online poll’. In 2001, he was honoured with the Actor of the Century award at the Alexandria International Film Festival in Egypt. 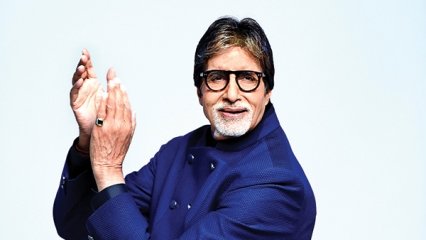 Let’s see what his four decades career earned him in terms of wealth. He is reportedly having net worth of $400 million. He owns a wide list of bungalows like the Juhu. His house Prakash is an iconic building with the worth of more than 75 crore approximately; plus Jalsa Bungalow. In vehicles, he owns Rolls Royce, Lamborghini Murcielago, a Bentley, Silver BMW X5, Porshe Cayman S, black Chrokee from Jeep.

Big.B was born in Allahbad, India on 11 October 1942. His son; an actor Abishek Bachchan was married to an actress Aishwariya Rai. His wife; Jaya Bachchan is also an actress.

You May Also Like: Rishi Kapoor, John Abraham, Emraan Hashmi