American actress Andrea Barber has a net worth of 1 million dollars.

Andrea was born on July 3, 1976, in Los Angeles, California, U.S. She’s the youngest child of Donald Banks and Sherry Barber. She has two older brothers, Darin and Justin.

She got her first major role as Carrie Brady on American soap opera Days of Our Lives (1982-1986). After the show, she guest starred and starred in many movies and television series such as, Fantasy Island, The Twilight Zone, The Skateboard Kid II, Our House, and Wonderful World of Colour. 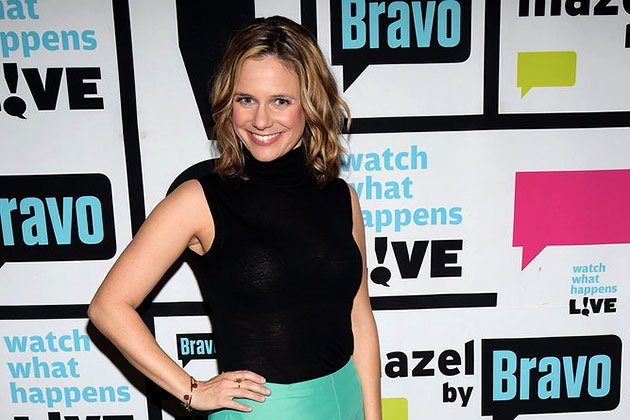 Her role as Kimmy Gibbler on the television show Full House brought her fame. Casted as a recurring character, Barber was made a serious regular later and appeared in 127 episodes of the show. When the show ended in 1995 after an eight seasons run, she retired from acting and resumed her studies. Andrea earned a degree in English from Whittier College and an M.A. in Women’s Studies from University of York, England. After getting her M.A. degree, she worked as an assistant to the director of Whittier College’s Office of International Programs. She reprised her role of Kimmy Gibbler for a sketch on Funny or Die in 2012 alongside Dave Coulier. Coulier was Barber’s co-star on Full House. She reprised her role again for Netflix’s spin-off of Full House titled, Fuller House. The show was released on Netflix on 26 February, 2016.

Andrea married Jeremy Rytky in 2002. She has two children with him. They divorced in 2014.

Andrea has won two Young Artist Awards and two Soap Opera Digest Awards. She was nominated for a Teen Choice Award, Choice: TV Chemistry in 2016. She shared the nomination with Candace Cameron Bure and Jodie Sweetin.

Andrea Barber has acquired her $1 million net worth through her acting career.

Andrea Barber has a net worth of $1 Million.