Angry Grandpa is a YouTuber with a net worth of $1.3 million. His real name is Charles Marvin Green Jr. and he was born on October 16, 1950 in Charleston, South Carolina. His Youtube channel has over 3 million subscribers and over 600 million views.

Charles was married to Tina Marie Sharp for 30 years and has 4 children and 9 grandchildren. His most famous videos are Reaction to Casey Anthony Trial, Angry Grandpa Ruins Christmas, The Walking Dead Prank, and Angry Grandpa destroys PS4!. 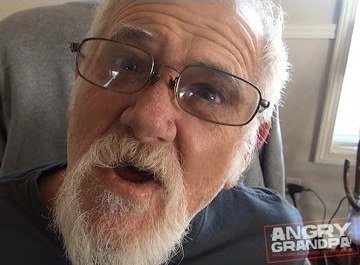 Angry Grandpa also sells merchandise like t-shirts and bumper stickers. According to Nailbuzz, he akes $1200 a day ($440,000 a year) from his youtube channel.

Angry Grandpa has a net worth of $1.3 million.