He is a Philippine songwriter and a brilliant singer with full name of Arnel Campaner Pineda. He came to the scene in the late 1990s. He rose to the occasion in 2007 by becoming a part of Journey band.

He was born in Manila in 1965. Singing was his passion since the early age and his mother too, helped him in achieving his dream. She always encouraged her son to practice the songs of her favorite singers. Also, his parents forced him to take part in many singing competitions in Manila. 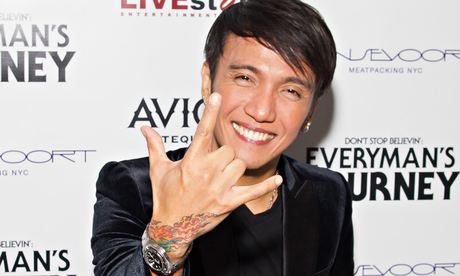 He truly holds an inspirational story. When his mother died, he was only 13. Being a heart patient, his mother’s disease left their family in gloom and debt. He, in order to run his house, literally spent two years on the streets, sometimes; he used to sell scrap and metal bottles to earn some money. He had to live on a pack of biscuits for two weeks.

In 1982, he became a leading singer of a local group Amo and won a contest in Manila. The Amo band created another band namely The Intensity of Five and competed in a competition hosted by Yamaha. In that contest, Pineda became the best vocalist and his band got second position over-all.

In 1991, courtesy of an agent, Pineda went to Hong Kong and performed five days a week and started making huge money.

In 2007, he received an e-mail from Journey group, but he avoided them deliberately. After being persuaded by his friends, he finally replied them and got responsive call within 10 minutes. He flew to San Francisco for auditions. After six months, he was declared as the lead singer for the band.

He got married in 2001 to Cherry Pineda and has a son and a daughter.

You May Also Like: Ron Howard, Carlos Santana, AR Rahman