American singer and songwriter Ashlee Simpson has a net worth of 8 million dollars.

Born on October 3, 1984, Ashlee is the younger sister of pop singer and actress Jessica Simpson. Her mother is a former psychologist, while her father is a Baptist youth minister. Ashlee started studying classical ballet at age 3 and began appearing in commercials at 15. Her father acted as her agent. During her sister’s tour, she became a back-up dancer. 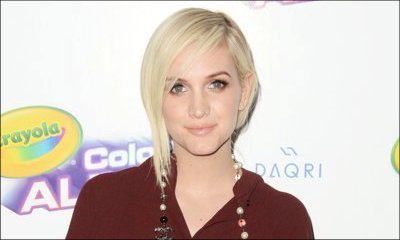 Ashlee made a minor guest appearance in an episode of Malcolm in the Middle and played a small role in 2002’s comedy movie, The Hot Chick. She played the role of Cecilia Smith in 40 episodes of 7th Heaven. She sang a song titled “Just Let Me Cry” for 2003’s Freaky Friday’s soundtrack. A month later, she signed with Geffen Records to release her debut studio album. The album, Autobiography, was released on July 20, 2004, and was a commercial success, selling 5 million copies worldwide. Her lead single “Pieces of Me” became an instant hit and won Ashlee a Teen Choice Award for “Song of the Summer”. Entertainment Weekly named her one of its Breakout Stars of 2004.

Ashlee has a reality show, The Ashlee Simpson Show, which is a spin-off of the famous reality show of her sister, Newlyweds: Nick and Jessica. In 2006, Ashlee appeared in Broadway musical Chicago and received positive reviews for her performance. In 2008, she launched collection of tops with clothing retailer Wet Seal. In the same year, she appeared in commercials for a clothing line, Request. Her second album, I Am Me, released in October, 2005, sold 3 million copies worldwide but failed to match the success of its predecessor. Her third album, Bittersweet World, saw more decline in sales.

Ashlee Simpson has acquired her $8 million net worth by her work as a singer and actor. Earnings from her fashion line has also helped in building up her fortune.