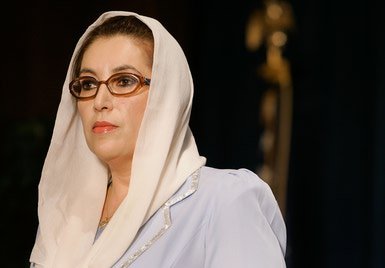 Benazir Bhutto was educated at Harvard and Oxford. She became the prime minister of Pakistan in 1988 for the first time. However, her government was dismissed by then President in 1990. She won the elections in 1993 and became the prime minister of Pakistan once again. After serving her term, Benazir went into a self-exile in Dubai. This was mainly because of Corruption charges against her and her husband Asif Ali Zardari who went to jail.

Benazir returned to Pakistan in 2007 and determined to run for prime ministry again. On December 27 2007, she was assassinated during a campaign rally in Rawalpindi. Her party won the elections and her husband went on to become President of Pakistan.

She had 3 three children with Asif Ali Zardari. Her son Bilawal Bhutto is also in politics.

Benazir Bhutto had a net worth of $850 million.