Mixed martial artist and wrestler Cain Velasquez has a net worth of 900,000 dollars.

Born in 1982, Cain has a Mexican father and an American mother. He earned all his money from his fighting career. He is a former two time UFC Heavyweight Champion. 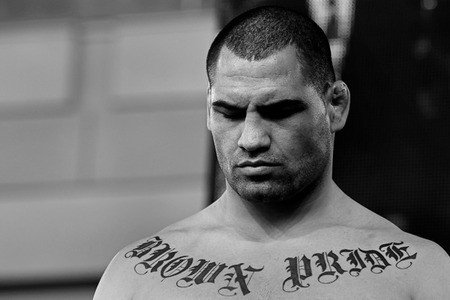 Cain started his wrestling career at a very young age. He won National Championship in heavyweight while attending college. He also played football for three years. After college, he joined American Kickboxing Academy and started his mixed martial arts career. Cain Velasquez is a black belt in Brazilian Jiu-Jitsu.

Cain has won many of his matches by TKO in the first round. He won his first UFC Heavyweight Championship by defeating Brock Lesnar the same way. After losing his title to Junior Dos Santos, he regained his title from the same opponent in December 2012. His Heavyweight titles have earned him most of his wealth. Cain’s career has been marked with injuries and a few times he had to back out from a major fight due to his injuries.

Velasquez has been known for his cardiovascular training, which gives him increased stamina, and has earned him the nickname ‘Cardio Cain’. He has been praised for his fighting style. By July 2013, he was ranked Number. 1 in UFC for ‘strikes landed per minute’. His ability to land more strikes per minute has also been attributed to his consistent cardio training.

Cain Velasquez has made a few guest appearances on Spanish language TV networks. He has a “Brown Pride” tattoo on his chest, which is a tribute to his Mexican heritage. Velasquez and Michelle had a daughter in May, 2009. The couple married in 2011.

Cain Velasquez has earned his $900,000 net worth by winning wrestling championships, two UFC Heavyweight Championship, and by appearing on TV as a guest star.

You May Also Like: Chad Hurley, Kimbo Slice, Tom Petty