World famous fashion designer Calvin Klein has a net worth of 700 million dollars.

Klein was born on November 19, 1942, in The Bronx, New York, U.S to Flore and Leo Klein. Klein’s grandmother was a seamstress and inspired him to become a designer.  He attended the High School of Art and Design but never graduated from New York’s Fashion Institute of Technology. After doing an apprenticeship at a cloak-and-suit manufacturer, Dan Millstein, in 1962, Klein spent the next five years designing at other shops in New York. In 1968, he launched his first company with childhood friend Barry K. Schwartz. This company would later become Calvin Klein Inc. Today, the company is considered among the world’s most famous fashion houses. After becoming a protégé of Baron de Gunzburg, Klein became known in the fashion scene of New York. After his first major showing at NYC Fashion Week, he was immediately recognized for his talent. 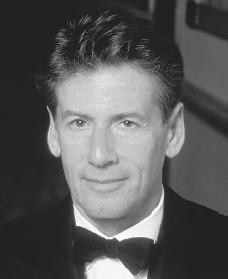 He achieved great success in business due to his smart marketing techniques. His brand’s three main fragrances, Obsession, Eternity, and Escape were huge success with the public. In 1974, Klein designed tight-fitting jeans and grossed $200, 000 in the first week of sales. In the same year, he became the first designer to receive outstanding design in men and women’s wear from the CFDA award show. In 1983, he was placed on International Best Dressed List.

Apart from clothing, Klein has given his name to perfumes, watches, jewellery, eyewear, furs, and socks.

He married Jayne Centre, a textile designer, in 1964. Their daughter Marci is a talent producer for NBC’s Saturday Night Live. Klein and Centre divorced in 1974. In September 1996, Klein married his assistant Kelly Rector. They divorced in 2006.

Klein is a donor to Democratic Party causes.

Calvin Klein has acquired his $700 million net worth through his career as a fashion designer.