Mexican and American musician Carlos Santana has a net worth of 40 million dollars.

Santana was born on July 20, 1947, in Autlán de Navarro, Jalisco, Mexico. His father was a musician and taught Santana violin and guitar at a very young age. His younger brother, Jorge Santana, is a professional guitarist. 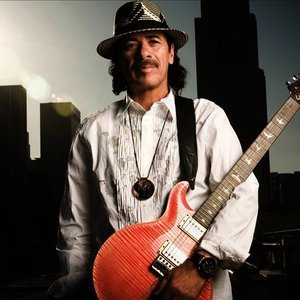 Santana was signed by CBS Records in 1969. Before releasing their debut album, the band performed at the Woodstock Music and Arts Festival and received high praise. Their first album Santana was released in August, 1969, and was a huge hit. It reached number 4 on the U.S. charts. Their second album, Abraxas, was also well received and remained at the number 1 spot for six weeks. The third album Santana III marked another success for the band by selling 2 million copies and reaching number 1 on the album charts. Following the third album, a few differences arose between the band members and a few members decided to leave. Consequently, the fourth album, Caravanserai, saw a change in the band’s music. The album performed well nonetheless.

Santana married Deborah King in 1973. They have three children. Santana and his wife founded a not-for-profit organisation, the Milagro (Miracle) Foundation, which provides financial aid for educational, medical, and other reasons. After 34 years of marriage, Santana and King divorced in October, 2007. Santana married the drummer, Cindy Blackman in December, 2010.

Santana became a naturalised American citizen in 1965. He has released seven solo albums and twenty one albums with his band. He has bagged ten Grammy Awards and three Latin Grammy Awards.

Carlos Santana has acquired his $40 million net worth through his career as a singer.

You May Also Like: AR Rahman Net Worth and Joy Mangano Net Worth