Chris Brown is an American singer, songwriter and dancer with a net worth of 30 million dollars. He has released several albums in his career. Chris Brown gained notoriety in 2009 when he pleaded guilty to felony assault of his girlfriend Rihanna. His TV advertisements were suspended and his music was withdrawn from radio stations. His career suffered a lot duo to this domestic violence incident. Brown has won 14 BET awards, 5 Soul Train Music Awards and 5 Billboard Music Awards. 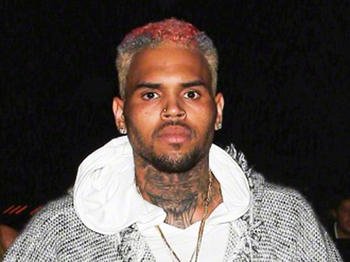 Chris Brown owns 14 Burger King restaurants. He has his own record label called CBE (Chris Brown Entertainment or Culture Beyond Your Evolution). Chris is currently banned from entering Australia and United Kingdom. He has been involved in several disputes and controversies. Brown has been arrested several times. He is notorious for beating up Rihanna who was his girlfriend at the time. Chris has also acted in several movies.

Mixtapes: In My Zone (Rhythm & Streets), Fan of a Fan, Boy in Detention, In My Zone 2, X Files, Before the Party, Before da Trap: Nights in Tarzana, Attack The Block, Burn My Name

Songs: Say Goodbye, Kiss Kiss, Poppin’, Gimme That, Yo (Excuse Me Miss), Run It!, With You, No Air, Take You Down, Forever, I Can Transform Ya, Crawl, Yeah 3x, No Bullshit, Look at Me Now, eautiful People, She Ain’t You, Wet the Bed, Strip, Turn Up the Music, Till I Die, Don’t Judge Me, Love More, Don’t Think They Know, Ayo, New Flame, Bitches N Marijuana, Liquor, Zero, Fine by Me, Party, Grass Ain’t Greener, Privacy, Questions, Shortie Like Mine, Feel the Steam, Make the World Go Round, Freeze, Head of My Class, Back to the Crib, Make a Movie, My Last, Best Love Song, One Night Stand, Better with the Lights Off, International Love, Right by My Side, Birthday Cake, As Your Friend, Everyday Birthday, Shots Fired, Rider, Episode, Main Chick, Talkin’ Bout, Memory, Only, Private Show, Hotel, Do It Again, Moses, Fun, Play No Games, Player, Sorry, Something New, I’m the Man (Remix), Trap Out The Uber, Bounce, Leave Broke, Bruk Off Yuh Back, Famous, African Bad Gyal, Pie, Hello Ego, Perfect, Always

Films: Battle of the Year, Takers, Think like a Man, This Christmas, Stomp the Yard

Chris Brown has a net worth of $30 Million.

Chris Brown Net Worth Over the Years