Diane Sawyer is an American journalist. She is one of the top broadcast journalists in America. Diane anchored ABC World News from 2009 to 2014.

She was born in Glasgow, Kentucky. Her father was a judge and her mother was a school teacher. She graduated from Wellesley College with Bachelor of Arts degree in English. 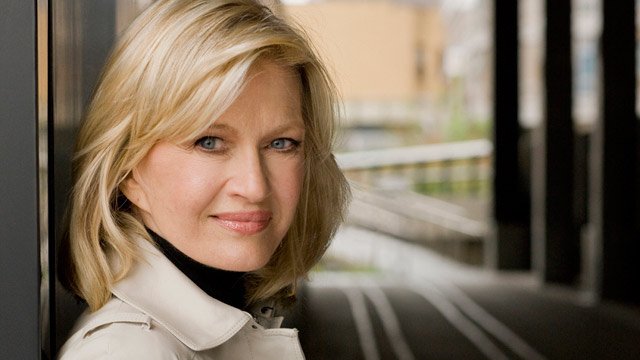 Diane began her career by joining WLKY-TV as a weather forecaster. She found the work boring and sought other opportunities. She became an assistant to White House deputy press secretary Jerry Warren. Within few months, she was promoted to become a staff assistant for U.S. President Richard Nixon.

After Nixon resignation, she joined CBS news in 1978. She became the first female correspondent on 60 minutes in 1984. In 1989, Diane joined ABC news and co-anchored Primetime Live. She also anchored Good Morning America with Charles Gibson in 1999. Diane has been with ABC news since then.

Diane has been honored with several awards including  Emmy Award for outstanding news and documentary program achievement, Peabody Award for her work on “A Hidden America: Children of the Mountains”, Robert F. Kennedy Journalism Award, Daytime Emmy Award, Induction into the TV Hall of Fame, Walter Cronkite Award for Excellence in Journalism and honorary Doctorate of Letters from Brown University.

Diane married movie director Mike Nichols in 1988. Mike died in 2014. They had no children together.

Diane Sawyer Net Worth and Salary

Diane Sawyer has a net worth of $80 million. Her annual salary is $12 million.