DJ Khaled is an American record producer, DJ, radio personality, author and record label executive with a net worth of $20 million.

Albums: Listennn… the Album, We Global, We the Best, Victory, We the Best Forever, Kiss the Ring, Suffering from Success, Major Key, I Changed a Lot, Grateful

Songs: Grammy Family, Holla at me, We Takin’ Over, I’m So Hood, Go Hard, fed Up, All I Do is Win, Welcome to My Hood, It Ain’t Over Til It’s Over, Legendary, Take It to the Head, No New Friends, They Don’t Love You No More, Gold Slugs, How Many Times, Holy Key, I Got the Keys, Do You Mind, Shining

Khaled was born in 1975 to Palestinian parents. His musician parents used to play Arabic Music that’s how Khaled developed an interest in rap and soul music. His parents encouraged him on his interest and Khaled got a job in a local recording store. He met and formed alliances with many upcoming talents such as Lil Wayne, Birdman and Mavado. Khaled began DJing in reggae soundclashes and mixing dancehalls. 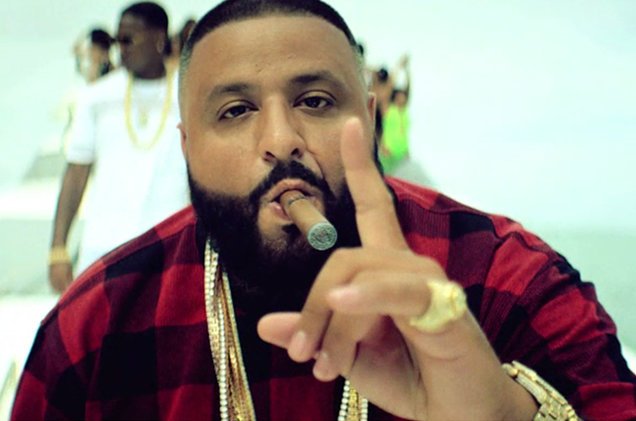 Path to Fame and Success

In 2015-2016, Khaled gained a lot of fame with his snapchat videos detailing his “key to success”. He got a lot of attention from all over the Internet. Khaled became an Internet phenomenon and some people described him as a living meme.

In 2016, Khaled wrote and published a book titled The Keys in which he offers his opinions on success, mogul talk and real life stories. He is engaged to Nicole Tuck and has a son who was born in October 2016.

DJ Khaled has won several awards in his career including BET Awards, BET hip hop awards and 2008 DJ of the Year Ozone Award. He has also been nominated twice for Grammy awards.

DJ Khaled has an estimated net worth of $20 Million.

DJ Khaled Net Worth over the Years