He himself is a DJ, rapper, songwriter, record producer and entrepreneur. He is the step-brother of Lord Infamous who himself was a famous rapper when he was alive. Paul was born in Memphis, Tennessee USA in 1977. In the 1980s, Paul started his career as a DJ. He focused on solo tapes at the beginning. Later he released 3 albums with his half-brother Lord Infamous by the name of “Serial Killaz”. His brother died due to a heart attack in his hometown Memphis Tennessee. 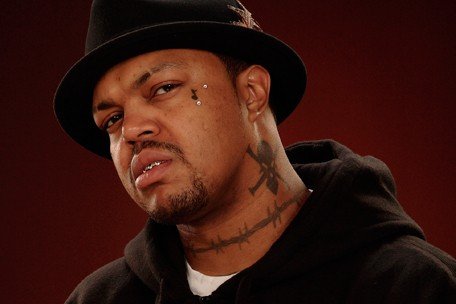 In 1991, Dj Paul along with Juicy J and Lord Infamous found the group “Three 6 mafia” which went on to be a big hit and earned all the 3 a great deal of money. Beside all these ventures in the entertainment industry, Paul is involved in a number of businesses. He and Juicy J started a fashion brand in 2007 with the name “Dangerous/Skandulus” which included hats, stickers, accessories, and T-shirts. In 2009, Paul solely launched a record label with the name “Scale-A-Ton Entertainment and has recorded 2 solo albums under this label. He also introduced his own collection of BBQ seasoning in the market with the name “DJ Paul BBQ” in 2012. In 2013, he started the endorsement with “Sizzurp” and became it’s official spokesman. He also owns a real estate company which he founded in 2013. His list is a big one and he is surely earning lots and adding to his worth with all these collective business ventures.

Paul and his fellow Juicy J have been reported to be involved in a number of legal issues in the past years. He confessed that he was first sent to jail at the age of 17. In 2012, both the group mates never appeared at a concert in Florida for which they were booked for and received $9000 in advance. They have a lawsuit filed against them for this case.