DJ Yella is an American DJ, record producer and film director. His net worth is $5 Million. DJ Yella was a founding member of gangsta rap group N.W.A. He was also a member of the World Class Wreckin’ Cru along with Dr. Dre. 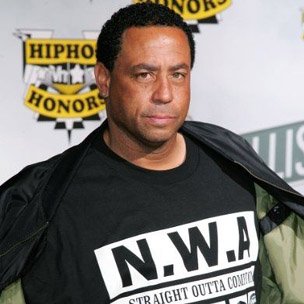 Albums: Eazy-Duz-It, Rapped in Romance, World Class, No One Can Do It Better, Are U Xperienced?, Niggaz4Life, Creepin on ah Come Up, Cha-licious, Str8 off tha Streetz of Muthaphukkin Compton, One Mo Nigga ta Go

DJ Yella has a net worth of $5 Million.