Faker is a South Korean professional gamer and twitch streamer. His Twitch channel has over 650,000 followers and over 9 million views. He is considered as one of the best League of Legends player in the world. His team won the 2015 League of Legends World Championship. Faker is one of the only two players to have won the World Championship three times. 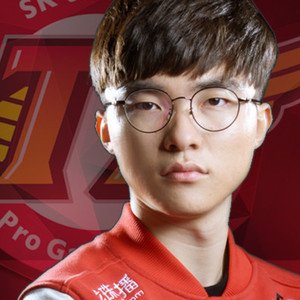 Faker is known for his high mechanical skills and for playing Zed, Orianna, Ahri, LeBlanc and Ryze. He has won $896,596 in prize money as of October 2016. Faker currently plays for SK Telecom T1.