Hope Solo is a famous American soccer player. She is a 2-time Olympic gold medalist and World cup winner. Hope currently plays for Seattle Reign FC. She is considered as one of the top female goalkeepers in the world. Hope was the goalkeeper of American national team from 2000-2016. 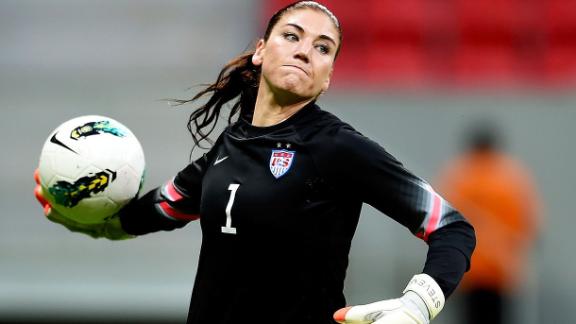 Solo appeared in Dancing with the Stars in 2011. She has also appeared on Whitney, Late Night with Jimmy Fallon, The Late Show with David Letterman, Piers Morgan Tonight and The Ellen DeGeneres Show.

Hope has also modeled for magazines including TV Guide, Newsweek, Fitness, Sports Illustrated, Vogue and Seattle Metropolitan Magazine. In 2012, she released her autobiography Solo: A Memoir of Hope.

Hope Solo has a net worth of $2.5 Million. She has endorsement deals with Ubisoft, Seiko, Simple Skincare, Gatorade, Blackberry, Nike and Electronic Arts.