Jay Z has is an American rapper and businessman with a net worth of $810 Million. He has sold over 100 million albums worldwide. Jay Z has released several albums in his career. He has won 21 Grammy awards and several other awards. He is ranked as one of the greatest MC of all time. 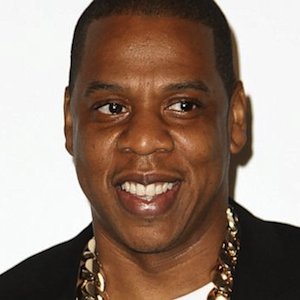 Jay-Z has 14 number one albums on the US Billboard 200 which is a record by a solo artist. He is married to Beyonce and has 3 children. Jay-Z is the owner of 40/40 Club Sports Bar and clothing line Rocawear. He is also a certified MLB and NBA sports agent. He founded the record label Roc Nation. Jay Z has an extensive business career as well as musical career.

Songs: Who You Wit, Wishing on a Star, Dead Presidents, Ain’t No Nigga, In My Lifetime, It’s Alright, Can I Get A…, Money, Cash, Hoes, Jigga My Nigga, Things That U Do, Hey Papi, Anything, Change the Game, Izzo (H.O.V.A.), Song Cry, Honey, Girls, Girls, Girls, Excuse Me Miss, 03 Bonnie & Clyde, 99 Problems, Big Chips, Lost One, I Know, Run This Town, Empire State of Mind, A Star Is Born, Lift Off, Otis, Why I Love You, Niggas in Paris, Glory, Clique, Holy Grail, Tom Ford, Spiritual, All of My Days, I’ll Be, Show & Prove, 4 Alarm Blaze, Money Ain’t a Thang, What You Think of That, Heartbreaker, 4 da Fam, Mi Amor, Do My…, Let’s Go!, It’s Obvious, What We Do, Crazy in Love, Dear Summer, Déjà Vu, Umbrella, Monster, Drunk in Love, The Devil Is a Lie, I Got the Keys, Shining, Biking