Died at the age of 75 in October 2016, the American music manager Jerry Heller built a total net worth of $20 million working as a manager/agent of a number of successful showbiz and music personalities. It was his intelligence and smart decisions he made during his lifetime that made him a rich person. He gave the industry numerous talents and managed famous and talented rappers.

Jerry Heller was born on 6th October 1940 in the Cleveland, Ohio, USA in a Jewish family. He went to the University of Southern California for higher studies and was part of the US Army at a young age. He stepped in the agency business in 1963 when he was just 23 years old. Heller started at the Coast Artist company where he was working as an affiliated agent. 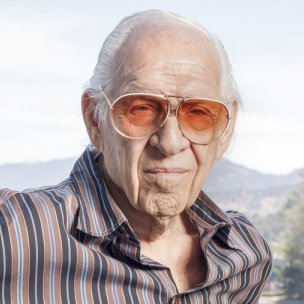 After working at Chartwell and Associated booking, Jerry Heller founded his own company in Beverly Hills, California with the name “Heller-Fischel Agency”. His company went on to be a success grossing $1.9 million in the first year and $3.7 million in the second. His agency peaked the income graph in the fourth year of operation where he grossed $7 million. By the fourth year, Heller and his company had represented and managed the rock stars Humble Pie, Black Sabbath, Black Oak Arkansas,Grand Funk Railroad and The Who, and writers Van Morrison, Cat Stevens, and Carly Simon.

The most remarkable contribution of Jerry Heller in the music industry is that he introduced hip hop music to the world. He was the first person to market hip-hop music at the industrial level. It was a risk that he took to introduce the street music into the industry. The gamble paid off and this decision of his earned him loads of cash. “Straight Outta Compton” is a movie based on his life and worth watching.

Jerry Heller Net Worth is $20 million.