The California-based pop star Jessica Simpson is a rich woman. She has an estimated net worth of $150 million which is quite a shocking amount for a singer to earn and this made us have a look into where she made all that money?

Although her movies and singing made her a decent amount of fortune, her major source of income remained her endorsements, business ventures, and retail products. After her reality show ended, Simpson has been working on numerous other projects including the beauty products, clothing, and household projects. Various reports came out of the business world that Jessica’s collection achieved a milestone by reaching $1 billion in sales. And the best part is that a big part of this much money goes directly into her bank account. 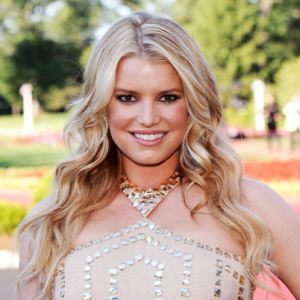 A detailed analysis by journalists showed what business made her how much money? Well, Jessica Simpson’s largest revenue came from her retail empire which completed the sales of $1 billion. Then comes her salary from “Employee of the month” and “Dukes of Hazzard” which were reported to be $1 million and $4 million respectively. Her albums “Do you know” and “Happy Christmas” made a revenue of $1.6 million for her. Last but not the least, her Earnings from Weight Watchers endorsement added $4 million to her net worth.

Jessica Simpson rose to fame as a singer and released her very first ever album in 1999 named as “Sweet kisses” which sold a total of 4 million copies and was a big hit worldwide. Her next 3 albums were not sold in a satisfying amount and were a disappointment. Alongside singing, Jessica started appearing in movies and reality shows as well. In 2003, Jessica and her husband Nick Lachey appeared in a reality show after only 1 year of the couple’s marriage.

You May Also Like: Miranda Lambert, Sofia Vergara, Sandra Oh