The popular host of CNBC’s “Mad Money” has a net worth of approximately $100 million. Jim Cramer is a former hedge fund manager and currently the co-founder and chairman of TheStreet.com. Read below to find out how he accumulated so much wealth.

Jim Cramer was born on February 10, 1955 in the suburbs of Pennsylvania. Cramer attended Harvard University for his under-graduate degree and was later accepted in Harvard Law School as well. During law school, Jim Cramer started investing in stock markets and eventually started promoting his stock picks. He was so successful in the stock trading industry that Goldman Sachs hired him as their official stock broker. 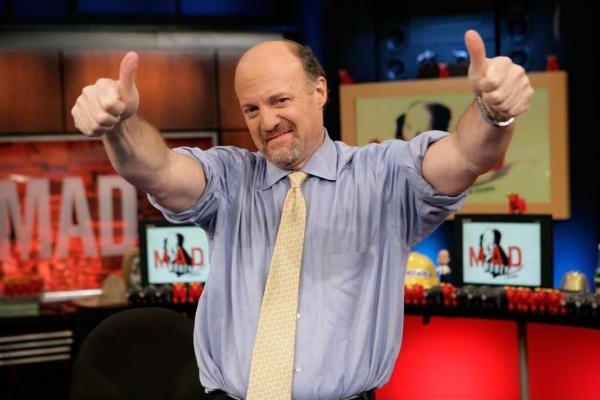 Jim Cramer started his own hedge fund company named Cramer & Co. in 1987. He retired from the company in 2001 but during his 14 year time period underwent only one year of negative returns. Above all, he yielded an average of over $10 million per year.

During his career as the manager of the hedge fund, Jim Cramer co-founded TheStreet.com which provides advice to the stock market.

In 2005, he was signed to be the host of “Mad Money” by CNBC which made him popular all over the globe. The show focuses on teaching individuals how to be better and successful investors and is currently known as one of the popular investment shows.

In addition to the above ventures, Jim Cramer has appeared as a guest on numerous investment shows as well as those which are not related to his career field.

Most of Jim Cramer’s net worth came from his career as a hedge fund manager. However, this did not stop him from diversifying his skills and adding multiple incomes to his rapidly growing net worth. Jim Cramer is the ideal person for any stock related advice.