The former American baseball star Jim Edmonds has earned enough in his lifetime to have a massive net worth of $35 million.

Although he was famous due to his baseball career, his popularity increased even more since his wife Meghan King Edmonds casted for the popular TV show “Real Housewives of the Orange County”. Meghan King is Jim’s 3rd wife and the couple got married in 2014 in St. Louis.

He has a total of 3 daughters and 1 son. His first wife was Lee Ann Horton and he had 2 daughters with her, named Lauren and Hayley. He married Allison Jayne Raski in 2008 after the divorce with his first wife and had a daughter Sutton Jayne and a son Landon James. 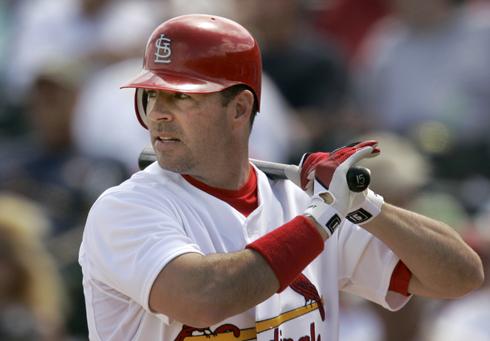 Jim divorced Allison in 2014 and married Meghan King, who appeared in the “Real Housewives of Orange Country” for the first time in 2015 and is adding to her couple’s net worth.

Apart from Baseball, Jim doesn’t seem to be involved in any other notable business venture or endorsement that has a major impact on his net worth. In 2007, Jim started a restaurant named “Jim Edmonds 15 Steakhouse” along with a partner, but the restaurant closed it’s doors in 2013 after it failed badly.

His baseball career started in 1993 when he joined the Major League Baseball team Angels after struggling for a while in the minor leagues. He instantly made an impact and listed himself as one of the key players of the club.

In 1999, Edmonds signed a contract with St. Louis Cardinals and enjoyed a 7-year spell at the club. Further in his career, Jim played for San Diego Padres, Milwaukee Brewers, Cincinnati Reds and Chicago Club and finally retired in 2011 after he was constantly held by injuries.

Jim Edmonds Net Worth is $35 million.