Jimmie was born on September 17, 1975, in California, U.S. He has two younger brothers, Jarit and Jessie. Both have started professional off-road racing. Jimmie Johnson started racing motorcycles at the age of four. He was a varsity water polo player, diver, and swimmer in high school. After starting with off-road racing, Johnson began stock car racing with his team, Herzog Motorsports in 1998. He won rookie of the year at national American Speed Association series. 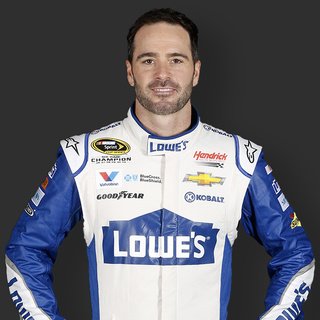 By the time of the Sprint Cup Series of 2002, Johnson moved to Hendrick Motorsports. He finished fifth in his first season. After coming second in 2003 and 2004 and fifth in 2005, he won his first Cup series championship in 2006. He then went on to win the championship consecutively for the next four years. He’s the only NASCAR driver to win five consecutive championship. In 2011 and 2012, he came sixth and third respectively. Johnson won the championship for the sixth time in 2013. From 2002 to 2016, Johnson has achieved six championships, 78 career race wins, 214 top fives, 327 top tens, and 35 pole positions.

Jimmie Johnson married Chandra Janway in 2004. The couple have two daughters. In 2006, Johnson and his wife launched the Jimmie Johnson Foundation. The foundation provides help to children, families, and communities in need. It has also aided American Red Cross in disaster relief efforts. The foundation provides its support to several charities including, Habitat for Humanity and Make-A-Wish Foundation.

Jimmie Johnson has acquired his $120 million net worth through his earnings from stock car racing and brand endorsements.