He was born in Puerto Rico in 1974. He started acting as a child with his four siblings. After appearing in some productions, including Murder, She Wrote and Kids Don’t Tell, he took a break from acting and came back in 90s. In the beginning, he got chosen for characters with a dark side but later started getting more and more mature roles. 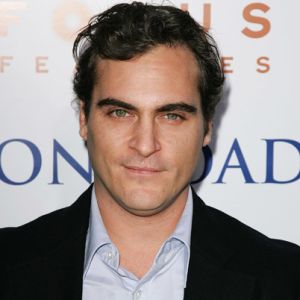 Joaquin Phoenix worked in various commercially successful movies, including 8mm, Gladiator, Signs, Ladder 49, The Village, and Her. Phoenix has also been a favourite among critics for his roles in movies like The Yard, Quills, Buffalo Soliders, and Walk The Line to name a few. Joaquin’s various roles in highly grossing movies has added to his net worth.

In addition to being an actor, Joaquin Phoenix has also produced the movie, We Own The Night, in which he starred and received critical acclaim, and a TV show called 4Real. He has also directed various music videos. Production and direction has also helped build up his net worth.

For his acting, Joaquin has received many awards and nominations. He was nominated for Academy Awards thrice. He won a Golden Globe award and bagged five Golden Globe nominations over the course of his career. He has also been nominated three times for BAFTA awards.

Joaquin Phoenix is also a musician and has won one Grammy award (shared with T Burnett and Mike Piersante) for best compilation soundtrack of the movie Walk The Line. His work as a musician also increased his wealth.

Over the years, Joaquin has been in various relationships with fellow actresses. He is an animal rights and social activist. He is a supporter of many humanitarian organizations, including Amnesty International.

How rich is Joaquin Phoenix?

Joaquin Phoenix has gathered his $25 Million net worth through acting, directing, producing, and creating music.

You May Also Like: Bruce Willis, Kobe Bryant, Jesse Eisenberg