Businessman and television personality Joe Giudice has a net worth of 11 million dollars.

Giudice was born in July, 1972, in Saronno, Italy. He met Teresa Gorga in high school and they married in 1999. She is known for starring in the reality television show The Real House Wives of New Jersey. Joe has also appeared on the show. Joe Giudice is a construction builder and have his own construction company G&G Stone and Stucco. He also owns a restaurant in New Jersey. 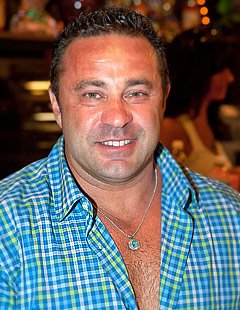 Joe and Teresa have four daughters, Gia, Gabriella, Milania, and Audriana. The couple is known for their lavish lifestyle. Joe filed for bankruptcy in 2009 but withdrew the request when his wife promised to pay off his debts.

Joe Giudice is known for his bad temper. He called his wife names on television. In 2012, he was arrested for DUI. In the 20 years he has had his driving license, it has remained ceased for 9.4 years.

Joe and Teresa Giudice have faced legal problems due to their extravagant lifestyle. In 2013, they were charged on 39 counts of fraud. In March 2004, after striking a deal with the federal prosecutors, Joe and Teresa entered a guilty plea to 41 counts of fraud. On October 2, 2014, Teresa was sentenced for 15 months. In the same case, Joe Giudice was sentenced for 41 months, while facing potential deportation to Italy. They were allowed to serve their sentences separately so one parent could stay with their children. Teresa’s sentence began on January 5, 2005. Her sentence was carried out in a federal prison. Joe along with his daughters appeared on a three part reality television series Teresa Checks In in October, 2015. The series showed the Giudice family dealing with the aftermath of Teresa’s being sentenced to prison. Teresa Giudice was released on December 23, 2005. Joe Giudice began his sentence on March 23, 2016.

Joe Giudice acquired his $11 million net worth through his construction business.