Johnny Dang is a Vietnamese-American entrepreneur and jeweler. He started his career as a watch repairman in a flea market. Dang grew his business into two jewelry repair stores. His work has been featured in several magazines and TV shows like MTV’s Super Sweet Sixteen, XXL, Ozone and BET’s Spring Bling. Johnny and his business partner Paul Wall appeared on their own TV reality show named The Johnny Dang and Paul Wall Show. 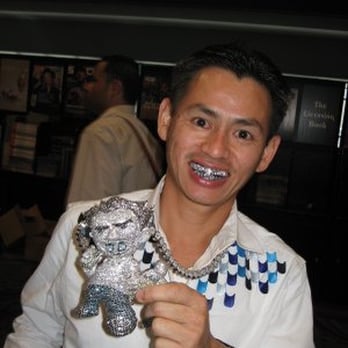 Johnny Dang has a net worth of $2 million.