Jon Dorenbos is an American professional football player with a net worth of $5 million. He currently plays for Philadelphia Eagles of National Football League. He is also a skilled magician. Jon was a finalist in season 11 of America’s Got Talent where he came at 3rd place. He is also a corporate motivational speaker. 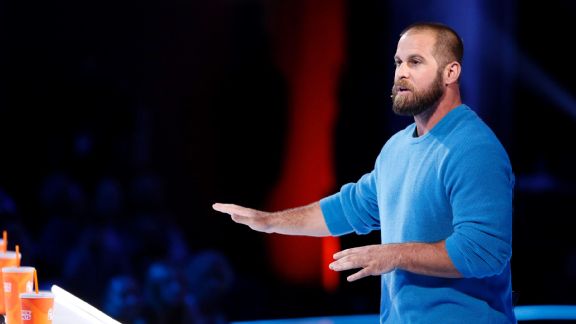 Jon had a tragic childhood. When he was 12, his mother was killed by his father. His father was convicted of second degree murder and sentenced to 13 years and 8 months in prison. Jon was adopted by his aunt and uncle. He started learning magic tricks to distract himself from this horrible incident. Dorenbos attended Pacifica High School in California where he excelled in football and baseball. Jon was signed by Buffalo Bills and then Tennesse Titans. In 2006, he signed with Philadelphia Eagles for two years. Later, Jon signed a 5 year contract with them. In 2016, he signed a $3.395 million 3-year contract extension with Philadelphia Eagles.

Jon Dorenbos has a net worth of $5 Million.