Justin Bieber is a famous Canadian singer and songwriter. His net worth is $225 million. Justin has released four albums in his successful career. 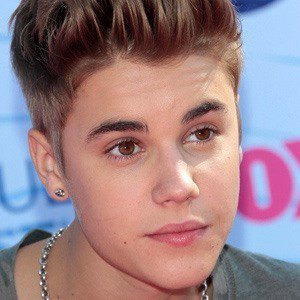 Albums: My World 2.0, Believe, Purpose, Under the Mistletoe

Songs: Baby, One Time, One Less Lonely Girl, Somebody to Love, U Smile, Pray, Never Say Never, Mistletoe, Boyfriend, As Long as You Love Me, Beauty and a Beat, Right Here, Wait for a Minute, Hold Tight, heartbreaker, Come to mama, Confident, PYD, Where Are Ü Now, What Do You Mean?, Love Yourself, Sorry, Company, Deja Vu, Cold Water

Justin was born in Ontario, Canada in 1994. His parents were never married and his mother raised him. In 2008, a talent manager discovered him through YouTube. He signed with RBMG later. Bieber first song One Time was released to radio in 2009. It became a huge hit. He appeared on several live programs to promote his debut album. In 2010, Baby was released from his first album. It was an international hit. Bieber started touring and more singles were released. His popularity and fame increased and he became a teen sensation. Twitter reported that Bieber was accounted for site’s 3 percent traffic in 2010.

Justin released his second album Under the Mistletoe in 2011. It was a huge success. His third album Believe was released in 2012. This album was successful as well. In 2015, Bieber released his fourth album Purpose. It sold over 4.5 million copies worldwide. In 2016, he released a new song titled Cold Water.

Justin appeared in a Comedy Central’s annual roast special in 2015. He has appeared in several documentaries and movies. Bieber has stated that his musical inspirations are Michael Jackson, Usher, Justin Timberlake, Mariah Carey, The Beatles and Boyz II Men.

Justin Bieber has been involved in several legal troubles. He was charged for vandalism in Brazil in 2013. In 2014, his neighbor accused him of throwing eggs at his house. In January 2014, Bieber was arrested on DUI charge and resisting arrest without violence. A petition was launched to deport him out of United States reaching 270,000 signatures. He was fined $500 and sentenced to attend both a 12-hour anger management course.

In September 2014, Justin was arrested and charged with dangerous driving and assault. In 2014, a video appeared in which a 15-year old Bieber told racist jokes using the n-word multiple times. He later apologized for his remarks.

A lot of people has issues with Bieber’s fame and popularity. He has been criticized for his immaturity and reckless behavior. Justin’s sexuality is also being made fun of in several Internet forums.

In his whole career, Bieber has sold over 100 million records worldwide. He is the best-selling Canadian musical artist of all time. Justin is only 23 years old and he has a lot of time to achieve greatness. We truly believe that if he continues to make good music and get his act together, he will get his name written in history books. He has earned several million dollars in his life and has spent a lot. Justin has a lavish lifestyle. He just needs to keep making music and keep himself out of trouble.

Justin is also a philanthropist. He has donated a lot to several charities and causes. Bieber is a Christian. He believes that God is the reason he is here today. Justin dated Selena Gomez from 2010 to 2012. He believes that Canada is the greatest country in the world and has expressed no desire to get a US citizenship.

Justin Bieber has an estimated net worth of $225 Million.