Celebrity photographer Larry Birkhead has a net worth of 10 Million dollars.

Born in 1973 in Kentucky, Larry got a degree in Journalism in 1999 from University of Louisville. He has a twin brother, named Lewis, and a sister, Angela. He also has a half-sister, Judy Birkhead. 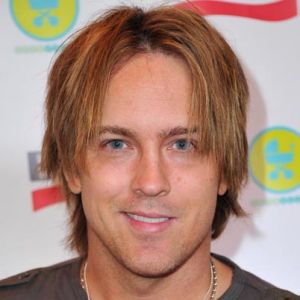 Larry Birkhead has had a scandalous personal life. He met the famous Playboy model Anna Nicole Smith in a gala in May 2004 and they started dating. When Anna died, five months after giving birth to her daughter, a custody battle ensued between Anna’s partners. Anna’s mother, Virgie Arthur, supported Larry’s claim that he is the father of Anna’s then five months old daughter. In 2007, DNA results proved Larry’s claim. After the results, court gave Larry full custody of his daughter and changed her name from Dannielynn Hope Marshall Stern to Dannielynn Hope Marshall Birkhead. Larry got a lot of attention from the media due to this paternity case.

Larry Birkhead sold the first photo of his reunion with his daughter for $1,700,000. Many of Larry’s work has appeared in famous publications and on television. He has earned most of his wealth through his work as a celebrity photographer.

Larry has appeared in a number of movies, including The Tragic Side of Fame and Addicted to Fame. He also appeared on a few TV shows with his daughter Dannielyn: Life after Anna on E! Network, Wife Swap, Millionaire Matchmaker, Entertainment Tonight, and Access Hollywood. Despite Patti Stanger’s efforts on Millionaire Matchmaker to make Larry date again, he has decided to stay single for his daughter’s sake. Larry lives in Louisville, Kentucky with his daughter.

Larry Birkhead has gathered his $10 Million net worth through his professional work as a photographer. His work in movies and TV shows has also helped build up his wealth.

You May Also Like: Al Pacino, Bruce Willis, Cain Velasquez