Lil’ Kim is an American rapper, songwriter, actress and model with a net worth of $18 Million. She has released several albums in her career. Lil Kim has sold more than 15 million albums worldwide. She was a member of The Notorious B.I.G.’s group Junior M.A.F.I.A. Kim has had a successful solo career. She has been honored with a lot of awards. VH1 included Lil Kim in their 2012 list of 100 Greatest Women In Music. 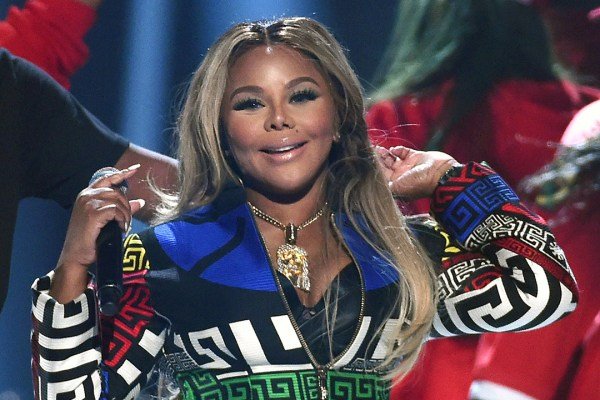 Songs: Crush on You, No Time, How Many Licks?, No Matter What They Say, Lady Marmalade, The Jump Off, Magic Stick, Download, Thug Luv, Whoa, I Need You Tonight, Lighters Up, No More Games, Money, Power & Respect, I Can Love You, Hit Em wit da Hee, Get Naked, Notorious B.I.G., Espacio, Kimnotyze, Sugar (Gimme Some), Girls, Let it Go, Standing on Couches, I Got a Feeling, I Did It for Brooklyn, Shut Up, Haterz, #Mine, What’s the Word

Lil’ Kim has over 1.8 Million Twitter followers. She is also a philanthropist and has donated a lot of money to charities and causes. Lil Kim is also an advocate for LGBT rights. She is a Christian. Lil Kim has been involved in several feuds including Foxy Brown, Nicki Minaj and Shyne.

Lil’ Kim has a net worth of $18 Million. She has had several endorsement deals with Wilhelmina Models, Three Olives Vodka, Iceberg, MAC and Old Navy.

Lil’ Kim Net Worth Over the Years