Lil Romeo is an American rapper, actor, basketball player, model and entrepreneur with a net worth of $5 million. He is the son of rapper Master P. Romeo has founded several labels such as Take A Stand, The Next Generation, Guttar Music and No Limit Forever. Lil Romeo got famous with the release of his single My Baby in the early 2000s. 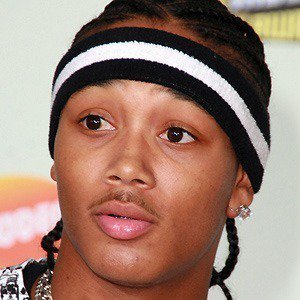 Romeo released his debut album Lil ‘Romeo in 2001 which sold over 500,000 copies. He has released several albums since then. Romeo has also acted in several movies and TV shows. He is also a basketball player. Romeo appeared on 12th season of Dancing with the Stars and finished in the Top 5. He is the nephew of rappers Silkk the Shocker and C-Murder.

Singles: Where They At, 2-Way, The Girlies, My Baby, My Cinderella, My Girlfriend, Special Girl, Till The Club Close, Bent, B, All, In’, Shoulder

Lil Romeo has a net worth of $5 Million.