Lil Wayne is a famous American rapper with a net worth of $150 Million. He is one of the richest rappers in the world. Lil Wayne has sold more than 100 Million albums worldwide which makes him one of the best selling musical artists of all time.

Songs: Respect Us, Everything, Shine, Hardball, Bring It Back, Where You At, Way of Life, Go D.J., Earthquake, Fireman, I’m a D-Boy, Shooter, Know What I’m Doin, I’m Me, Leather So Soft, Stuntin’ Like My Daddy, Gossip, A Milli, Prom Queen, Drop the World, I’m Single, 6 Foot 7 Foot, She Will, John, How to Love, My Homies Still, Mirror, Love me, Rich As Fuck, Krazy, Grindin, Sucker for Pain, Start a Fire, No Frauds, #1 Stunna, Changed It, Ain’t It Man, Soldier, Neck of the Woods, Get Your Shine On, Touch It or Not, You Know What, Money Ova Here, You, Lock U Down, Pop Bottles, 9mm, Screwed Up, 100 Million, Uh-Ohhh!, I Got My, Push, Haterz, Ya Heard Me, Shawty Say, I’m So Paid, Champagne Chronik Nightcap, Unstoppable, Death Wish, Successful, Down, Money to Blow, So Sharp, Inkredible, I’m on It, Tattoo Girl (Foreva), Papercuts, Look at Me Now, I Get Money, 9 Piece, Dirty Dancer, Ballin, Y.U. Mad, Strange Clouds, Finito, Original, So Good, Faded, All Aboard, Mirror, Dark Shades, Lover, Celebrate, Ice, Champions, I Got It, Yellow Tape, Ball, All That (Lady), Ride 2 It, Commas, All the Time, We Outchea, Wit Me, We Been On, Space Jam, Backpack, Thank You, Thug Cry, Find You, Vamonos, Just Right for Me, Why I Do it, Switch Up, Bounce, Like Dat, My Corner, Running Back, Life of the Party, Light My Body Up, Da Da Da, Roman Reloaded, Scream & Shout, Kissin On My Tattoos, Let Me Love You

Wayne was born in New Orleans, Louisiana. He wrote his first rap song at age of 8. At age 9, Lil Wayne signed with Cash Money Records. In 1996, he joined the Hot Boys and their debut album was released in the same year. Wayne released his solo debut album Tha Block Is Hot in 1999. He released his second album Lights Out in 2000. Wayne released his third album 500 Degreez in 2002. He further released several albums in his highly successful career. 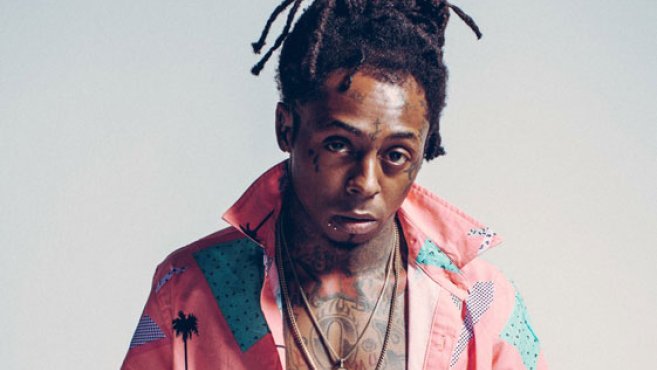 In 2011, Li Wayne announced his retirement but has since refuted his claim. He has published a book titled Gone Til’ November in 2016. Lil Wayne is a Roman Catholic. He has 4 children from 4 different women.

Lil Wayne has been sued a lot. Several people and companies files lawsuits against him for various reasons. Lil Wayne has also been involved in feuds with other rappers Including Young Buck, Pusha T and Jay-Z.