Songwriter and former actress Linda Thompson has a net worth of 25 Million dollars.

Born in 1950 in Tennesse, Linda started participating in beauty pageants at a very young age. She was selected Miss Tennesse Universe in 1972. Success in pageants helped build up her wealth.

Linda Thompson was a regular cast member of the TV show Hee Haw. She also made one episode appearances in many other TV shows. She has acted in a few movies, including The Bodyguard and Original Intent. 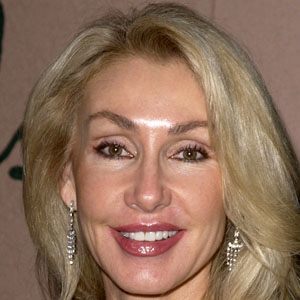 Linda has appeared in a number of documentaries and has voiced the characters of Sally Brown and Lucy van Pelt for Charlie Brown’s TV specials. All these roles have added to her net worth.

It was songwriting in which Linda found her true calling. She started her career as a lyricist by penning down Kenny Rogers’ single, “Our Perfect Song.” She has written songs for famous artists, including Backstreet Boys and Celine Dion. A huge chunk of Linda’s wealth was collected through her career as a songwriter.

Linda Thompson has authored a book titled, A Little Thing Called Life: From Elvis’s Graceland to Bruce Jenner’s Caitlyn & Songs in Between.

Linda dated Elvis Presley for four and a half years. In 1981, she married Bruce Jenner (now known as Caitlyn Jenner). She has two sons with him. The couple divorced in 1986. She married Canadian composer David Foster in 1991. They parted ways in 2005.

For her songwriting, Linda has received numerous awards. Her collaboration with David Foster for the song “I Have Nothing” (for the movie, The Bodyguard) won her a nomination at both the Academy Awards and the Grammy Awards. She has also received Special Recognition Awards, shared with other artists for work related to Olympics, for writing the 1996 Olympics’ official song, “The Power of The Dream.”

Linda Thompson has gathered her $25 Million net worth through acting and songwriting. The proceeds from her book has also helped in increasing her net worth.

You May Also Like: Andrea Barber, Jillian Michaels, Young Thug