Lindsay Lohan is a famous actress, singer, model, producer and director. She became a household name with the famous movie “Mean Girls” at the age of 17 in 2004. Despite giving many blockbuster hits, the bright eyed, Disney star has a net worth of $500 thousand. Read on to find out what took a toll on her bank account.

Lindsay Lohan was born on July 2, 1986 in NYC. She began her career in acting at the age of 12 with the family comedy drama “The Parent Trap”. After the success of her first movie, she acted in several other flicks including “Life-Size”, “Freaky Friday”, and “Get a Clue”. 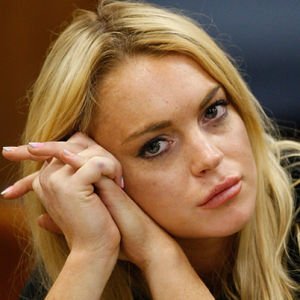 She also took part in TV shows titled “King of the Hill” and the “70s Show”. During the year 2004 and 2005, Lindsay Lohan released her albums “Speak” and “A Little More Personal” respectively.

Although her previous films were smashing hit and Lindsay was considered a teen idol – she received major success by performing in the “Confessions of a Teenage Drama Queen”, “Mean Girls”, and “Just My Luck” which also added more than $3 million to her net worth.

After that, she also performed in the film “Liz and Dick”, “Machete”, “Scary Movie 5”, and the “Canyons” among several others.

After the year 2007, Lindsay Lohan’s acting career went on the rise. But unfortunately, this did not stop her from a little (?) bit of trouble. She was arrested in 2007 and after serving three years in probation – Lindsay Lohan was never the same again.

Although, she was earning by the millions from her roles in movies, Lindsay Lohan had to pay $100,000 to get herself out of jail in 2010 for alcohol consumption. The offence also landed her in rehab. She is also an impulsive shopper and spends millions on clothes and luxury vehicles.

She was featured in a series of interview in the year 2013 for Oprah – however, most of the money she received from the show ($2 million) is set aside for her taxes, rehab fees, IRS debt and other expenses leaving her with a mere $500,000

Currently, she is engaged to multi-millionaire Russian Egor Tarabasov and if rumors are correct – her net worth can go very up after the marriage.

Religion: N/A, she was reported studying Islam in April 2016