Nicki Minaj is an American rapper, singer, songwriter and model with a net worth of 70 million dollars. She released her debut album in 2010. Nicki is the first female artist to have 7 singles simultaneously charting on the U.S. Billboard Hot 100. She has sold more than 20 million albums worldwide. Nicki is considered to be one of the best female rappers of all time. 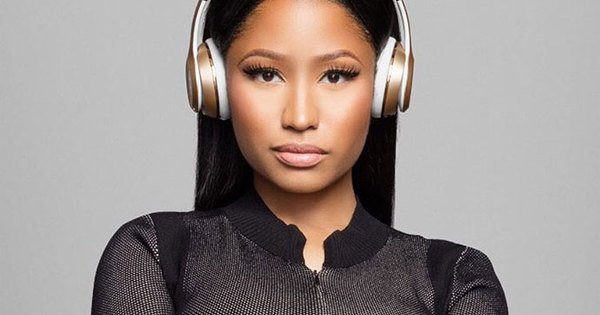 Nicki Minaj has a huge social media following. Her Official YouTube channel has over 12 million subscribers and over 4.8 billion views. She has over 20 million Twitter followers. Her Instagram account has over 80 million followers. Nicki has dated Nas, Meek Mill, Drake, Lil Wayne, Safaree Samuels, Zac Efron and Future in the past. She is multiracial.

Songs: Massive Attack, Your Love, Right Thru Me, Moment 4 Life, Super Bass, Did It On’em, Starships, Fly, Beez in the Trap, Pound the Alarm, Va Va Voom, Bang Bang, Anaconda, Only, Bed of Lies, The Night Is Still Young, Make Love, Changed It, No Frauds, Regret in Your Tears, BedRock, My Chick Bad, Up Out My Face, Roger That, Woohoo, Bottoms Up, Monster, 2012 (It Ain’t the End), Raining Men, The Creep, You the Boss, Y.U. Mad, Where Them Girls At, Turn Me On, Take It to the Head, Get Low, Out of My Mind, Beauty and a Beat, Tapout, Freaks, Somebody Else, Get Like Me, Twerk It, Love More, Clappers, Low, She Came to Give It to You, Throw Sum Mo, Hey Mama, All Eyes on You, No Broken Hearts, Don’t Hurt Me, Do You Mind, Side to Side, Run Up, Swalla, Light My Body Up, Swish Swish, Kissing Strangers, Rake It Up, You da Baddest

Films: Ice Age: Continental Drift, The Other Woman, Barbershop: The Next Cut

Nicki Minaj has a net worth of $70 Million.