Romantic Comedy “Ladies vs Ricky Bahl” remained the gossip around the town for ladies in 2011. This film assisted film industry by introducing brown-eyed saucy Parineeti Chopra. This girl with chubby cheeks stepped into film industry after fetching triple honours degree in business, finance and economics from Manchester Business School. She initially aspired to pursue her career in investment banking but she returned to India during the 2009 economic recession and joined Yash Raj Films as a public relations consultant. But the company couldn’t resist offering her a position as actress and her first breakthrough performance in “Ladies vs Ricky Bahl” garnered her the Filmfare Award for Best Female Debut and a nomination for Best Supporting Actress. 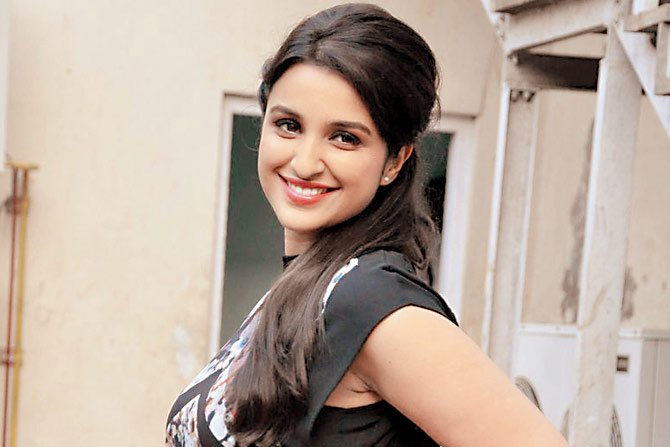 The following year, she was seen in romantic drama “Ishaqzaade” in starring role, it was a critical and commercial success, fetching her the National Film Award – Special Mention and several Best Actress nominations including the Filmfare Award for Best Actress. Her performances in the successful romantic comedies Shuddh Desi Romance (2013) and Hasee Toh Phasee (2014) were critically acclaimed and it assisted her further earn name in industry.

Born on 22 October 1988 in Ambala, Haryana into a Punjabi family, her father Pawan Chopra is businessman and her mother is Reeeni Chopra.

Earning good cash of 3-4 crores per movie, she has clinched a good net worth in a short span. She is reported to have net worth of $6.2 million. Whoaa! Too much for young sizzling Diva of Bollywood. She is one of the versatile star of the industry. Only six films altered her fortune and raised her to a star!