Penny Marshall is an American actress and director famous for appearing in sitcom Laverne & Shirley. She is also an accomplished director. Her film Big (1988) was the first movie directed by a woman to gross more than $100 million on domestic box office. Penny was also the director of acclaimed movies Awakenings (Nominated for Best Picture Oscar) and A League of their own. 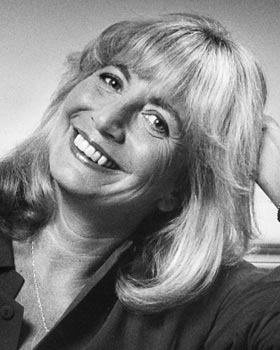 As an actress, she has appeared in The Grasshopper, Get Shorty, Hocus Pocus, High Fidelity, New Year’s Eve, Going to America, Mother’s Day, That Girl, The Super, The Odd Couple, Paul Sand in Friends and Lovers, Happy Days, Laverne & Shirley, Bones, The Game and Mulaney.

Penny married director Rob Reiner in 1971. They have a daughter named Tracy Reiner. The couple divorced in 1981.

Penny Marshall has a net worth of $45 million.