Indian actress and singer Priyanka Chopra has a net worth of 8 million dollars.

Born on 8th July, 1982 to physician parents, Priyanka was the winner of Miss World 2000 pageant. She made her acting debut with 2003’s The Hero, followed by appearances in hit movies Andaaz, Mujhse Shaadi Karogi, and Aitraaz. She played lead roles in 2006’s top grossing movies Krrish and Don. She won critical acclaim for her role in Fashion. Priyanka has established her status as a versatile actor through her performances in movies like 7 Khoon Maaf, Barfi!, Mary Kom, and Bajirao Mastani. She has won five Filmfare Awards for her acting. She made her international debut in 2015 with the television series Quantico. She became the first South Asian women to play the lead in an American network series. 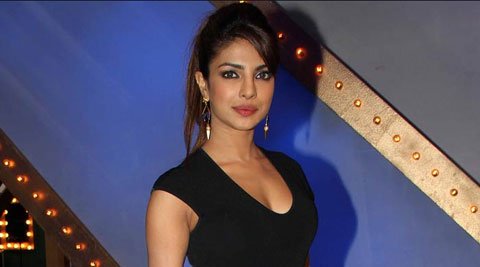 Priyanka donates ten percent of her earnings to her foundation, “The Priyanka Chopra Foundation for Health and Education”. The foundation provide health and education facilities to underprivileged children in India. Priyanka was appointed UNICEF Goodwill Ambassador for Child Rights on 10 August 2010.

In 2016, Forbes named Priyanka the 8th highest paid TV actress in the world. The same year, she was included in Time’s list of “100 Most Influential People in the World”.

As a singer, Priyanka has released three singles so far. She has her own production company Purple Pebble Pictures. She was a judge on Miss India pageant in 2007 and on Miss World pageant in 2009. In 2010, she hosted Fear Factor – Khatron Ke Khiladi and performed dangerous stunts. For that, she won Indian Telly Award for the Most Impactful Debut on TV.

Since 2009, she has written columns in various newspapers including Hindustan Times, The Guardian, and The Times of India. In 2014, she launched her clothing line Pret-a-Priyanka on Elle.com

Priyanka Chopra has acquired her $8 million net worth from her career as an actor, singer, and television host.