Canadian actress Sandra Oh has a net worth of 25 million dollars.

Oh was born on July 20, 1971, to middle class Korean parents. Her mother is a biochemist and her father is a businessman. She has two siblings. She started acting and ballet at an early age. At the age of 10, she played The Wizard of Woe in a musical, The Canada Goose. After that, she acted in numerous school plays. 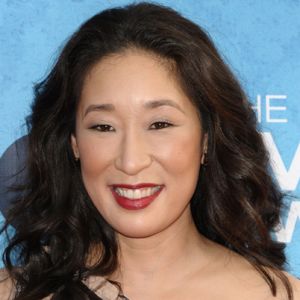 To study drama at National Theatre School of Canada, Montreal, Oh rejected a four year journalism scholarship to Carleton University. She paid for her drama studies herself. After graduating, she starred in an Ontario stage production of David Manet’s Oleanna. Oh got the roles of two significant Chinese-Canadian females in two biographical films. She received critical acclaim for playing the lead role in 1996’s Canadian film Double Happiness. She also starred in 1997’s hit feature film, Bean. Oh has appeared in several Canadian films and received two Genie Awards, an award given by Academy of Canadian Cinema and Television.

Oh played Rita Wu on HBO’s hit comedy series Arli$$ for six seasons. She was highly praised for her performance on the show. In 2004, she played a supporting role in the critically acclaimed drama Sideways. Oh was casted as Dr. Cristina Yang, her most famous role, on ABC’s hit medical series, Grey’s Anatomy in 2005. For this role, she has received five consecutive Primetime Emmy Awards nominations. She has co-starred in several movies including, Under the Tuscan Sun, The Night Listener, Defendor, Ramona and Beezus, and Rabbit Hole.

Sandra Oh has acquired her $25 million net worth through her career as an actor.