American sports agent, Scott Boras has a net worth of 100 million dollars.

Scott was born on November 2, 1952, in Sacramento, California, U.S. While at University of the Pacific, he led the university’s baseball team with a .312 batting average. Boras played in minor league baseball for four years before knee injuries brought an end to his career and he retired with a career batting average of .288. In 1977, he got his degree of Doctor of Pharmacy from University of the Pacific. After receiving his law degree in 1982 from his university’s law school, Boras worked in the pharmaceutical department of the Chicago firm Rooks, Pitts & Poust. 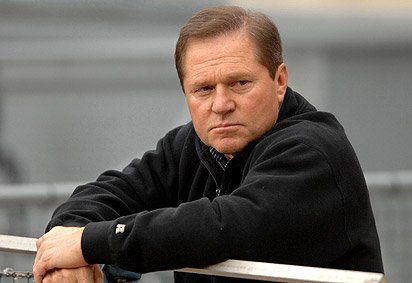 After deciding that he want to make a career as a baseball agent, he left the firm and started representing players. He negotiated one of the largest contract in baseball history for Caudill for $7.5 million in 1983. He started Boras Corporation, a sports agency and in 2014, it was named as the most valuable single-sports agency in the world. The agency is based in Newport Beach, California. Boras’ agency has made record setting contracts and his client list include many famous names including, Shin-Soo Choo, Jacoby Ellsbury, Prince Fielder, Matt Holliday, Max Scherzer, and Jayson Werth. These players are among the highest paid players of baseball. Boras is the first agent to have worked out deals in excess of $50 million, $100 million, and $200 million. Boras Marketing and Boras Sports Training Institute are two of Boras’s subsidiary companies.

Boras has often voiced his opinion that amateur drafts should receive more money. In his 31 years’ career as an agent, Boras has represented hundreds of players. Scott Boras and his wife, Jeanette have three children, two sons and a daughter.

Scott Boras has acquired his $100 million net worth by working as a baseball agent.

You May Also Like: Jim Edmonds Net Worth and Larry Hernanadez Net Worth