Scottie Pippen, the American retired basketball player, has a net worth of $50 million.

He was brought up in a family of 12 children out of whom he was the youngest. Both his parents Ethel and Preston Pippen were 6.1 and 6 feet tall respectively, and so it was the genetic factor that Scottie Pippen himself is 6 feet 8 inch tall. He was the tallest among his siblings. Mr. and Mrs. Pippen were financially unstable and were unable to afford education for their children. His father had a paralysis attack which stopped the functioning of the right part of his body making him unable to communicate and continue his job at the paper mill. 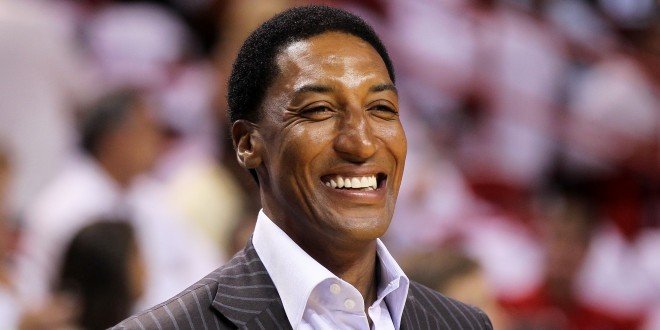 Scottie studied on scholarships since the childhood and attended Hamburg High School where he was the captain of the school’s basketball team and single-handedly took his team to state playoffs. In 1983, Scottie played with the basketball team of University of Central Arkansans and got noticed by other big clubs in the country that played at the national level. He was finally picked up by the club Seattle SuperSonics. After a short spell, he moved to Chicago Bulls where he played the majority of his career.

Scottie Pippen has total 5 children, 1 with Karen McCollum and 4 with his current wife Larsa Younan. According to reports that came out at the time of his retirement, Scottie has earned a total of $110 million through his salaries in basketball. But his current worth of $50 million is a surprise and a question as to where he spent the rest of his money? Over the past, Pippen has been seen making poor financial decisions. He has a very luxurious lifestyle which seems to be the main reason of his wealth lost. Once he bought a private jet for $4 million, which unfortunately never flew. Moreover, he invested a huge amount in a company which eventually ended up causing a great lose for him.

You May Also Like: Malala Net Worth and Andy Cohen Net Worth