Singer and guitarist Tito Jackson has a net worth of 2 Million Dollars.

Born in 1953 in the famous Jackson family, Tito started his career as a child. In the beginning, the Jacksons only performed in schools and social gatherings. Later they started participating in talent shows as The Jackson Five, wining most of them. In November 1967, they signed with Steeltown Records and released their first single, “Big Boy.” After signing with Motown Records in 1969, The Jackson 5 released several hit songs, including “The Love You Save”, “ABC”, and “I’ll Be There.” When the group joined CBS, Tito started writing songs with his brothers. 2300 Jackson Street was the last album the group released together. Afterwards, they all started working solo. Tito earned most of his wealth by working with The Jackson 5. 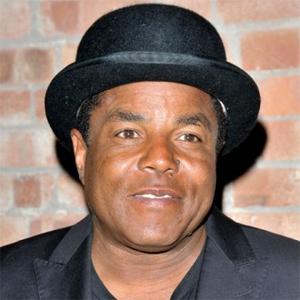 Tito Jackson started his solo career in 2003. He has performed in various clubs with his band. His 2016 single “Get It Baby” was a hit on the charts. He also appeared as a judge on a British celebrity singing competition show titled, Just The Two of Us, for one season of the show. In 2012, Tito joined his brothers to go on a tour. He acted as an executive producer on his brothers’ reality series, The Jacksons: A Family Dynasty. These ventures have increased Tito’s wealth.

Tito married Delores Martes in 1972. The couple had three sons. They divorced in 1993. One year later, Martes was found dead in her pool. A Los Angeles businessman was charged with her murder. Tito’s sons have their own musical group called 3T. Tito manages his sons’ group.

Tito Jackson has earned his $2 Million net worth via his singing career. His work as a TV show judge, and executive producer helped in increasing his wealth. His career as a solo artist has also boosted his net worth.