Todd Hoffman, the main cast member of the popular television reality show “Gold Rush” has an estimated net worth of $5 million dollars and earns approximately $400,000 per season from the show which is currently in its 6th season. Let’s take a look at how he has earned this amount with the interesting line of business.

Todd was raised in Oregon where he worked in the aviation industry after school. However, after some time Todd realized that the industry was falling in Oregon and so he decided to change gears. Inspired by his father’s gold adventures from the 80s, Todd Hoffman shifted to Alaska to try his luck as a gold miner.

He along with several other jobless friends saw some very good years as a miner and even held the season’s record one year of 803 oz. 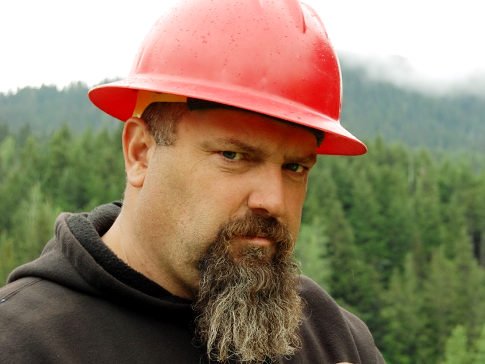 However, the major portion of his net worth comes from being part of “Gold Rush”. Originally named as Gold Rush Alaska, the show is being aired on Discovery Channel and shows the life of Todd Hoffman along with his father and other crew members as they search for gold and live life “off the grid”. Although, he was not very successful in the first four season of the show – he finally started making a huge profit and is now able to find more gold in one year than all the other’s combined.

The additional income that Todd Hoffman receives from the show helps him finance his operations and purchase new equipment for his adventures. Apart from Alaska, the Hoffman’s have also spent time hunting for gold in Chile, Peru, and Guyana.

Todd is a great inspiration for many and shows the world that it is possible to turn your dream into a reality if you try hard enough. The show “Gold Rush” is currently running in its sixth season and we hope that many more seasons follow so Todd Hoffman’s dream of becoming the top gold miners of 21st century do come true.

Todd Hoffman Net Worth is $5 million.