American musician Tom Petty has a net worth of 95 million dollars.

Petty was born on October 20, 1950. His father was abusive. He was close to his mother and brother, Bruce. Apart from being a musician, Petty is also a singer, songwriter, multi instrumentalist, and record producer. At the age of ten, he met Elvis, and his interest in rock and roll music began.

Don Felder, who later joined Eagles, was one of Petty’s first guitar teachers. Petty started the band the Epics, which later evolved into Mudcrutch. The band’s music went unnoticed by the mainstream public but was popular among fans. 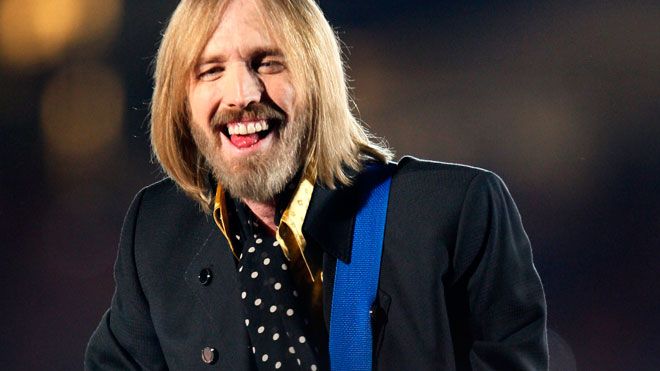 Petty formed Tom Petty and the Heartbreakers with fellow musicians in 1976. Their eponymous debut album, released by Shelter Records, achieved great success in the U.K. Their second album, You’re Gonna Get It! became a Top40 album and their third album, Damn the Torpedoes, became platinum.

After releasing several successful albums with the Heartbreakers, Tom Petty joined Travelling Wilburys in 1988 and released two albums with them. In 1989, after releasing his first solo album, Full Moon Fever, Petty signed a lucrative deal with Warner Bros. Records. In 1994, he released his first album under the new label, titled Wildflowers.

Tom Petty and the Heartbreakers played “I Won’t Back Down” at America: A Tribute to Heroes, a benefit concert for 9/11 victims. In 2005, Petty started hosting his own show, Buried Treasure, on XM Radio.

In 2007, he reformed Mudcrutch and made several tours. On July 29, 2014, Tom Petty and the Heartbreakers released their 13th studio album Hypnotic Eye. It was their first album to top the charts.

Tom Petty has also made several appearances on film and television series such as, Made in Heaven, The Postman, and The Simpsons.

By selling more than 80 million records worldwide, Petty is considered among the best-selling music artists of all time. In 2002, he was inducted in Rock & Roll Hall of Fame.

He married Jane Benyo on March 31, 1974. They have two daughters, Adria and Anna Kim Violette, the former is a film director and the latter is an artist. Petty and Benyo divorced in September, 1996. Petty has been married to Dana York Epperson since June 3, 2001.

Tom Petty has acquired his $95 million net worth from his career as a musician and singer.