Tory Lanez is a Canadian rapper with a net worth of $2 million. He got famous after releasing his mixtape Lost Cause in 2014. Lanez released his debut album I Told You in 2016. 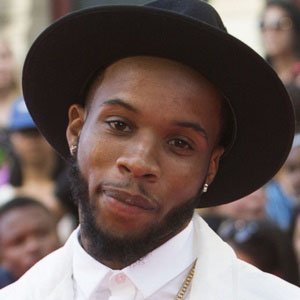 Tory Lanez was born in Canada. After his mother’s death, his father became a missionary and traveled throughout the United States. In 2006, Lanez was sent to his older brother to live in New York. Then, he was forced to return to his grandmother in Canda. When she refused to take care of him, Lanez was on his own at the age of 15. He started rapping and performing songs at outdoor concerts. That’s how he started his career and now he’s having great success. He is a millionaire at the age of 24.

Torey Lanez has been involved in several controversies including challenging Drake and inciting people to riot.