Venus Williams is an American professional tennis player with a net worth of $75 million. She is the first black American woman to become World #1 in Tennis. Venus and her sister Serena are credited with ushering in a new era of power and athleticism in women tennis.

Venus has won 7 Grand Slam singles titles. She has also won 4 Olympic Gold medals, one in singles and three in doubles along with her sister, Serena. Venus and Serena are also part-owners of Miami Dolphin. In 2010, Venus released her book titled Come to Win; on How Sports Can Help You Top Your Profession. 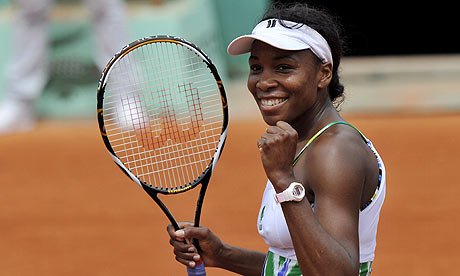 Venus Williams has a net worth of $75 million.