Von Miller is an American professional football player. He plays for Denver Broncos of NFL. Miller is a Superbowl Champion and NFL 2011 Defensive Rookie of the Year. He has also appeared in reality TV Series Dancing with the Stars. 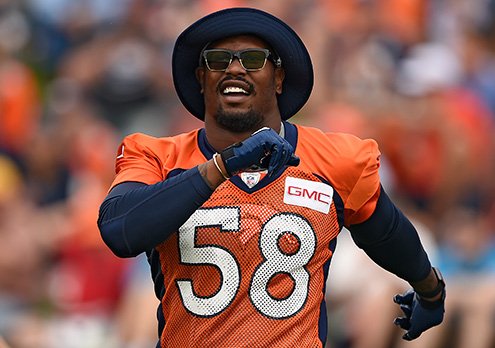 Von Miller has a net worth of $24 Million.